Get fresh music recommendations delivered to your inbox every Friday.
We've updated our Terms of Use. You can review the changes here.

Paid By the Word

by The Bell Cycle 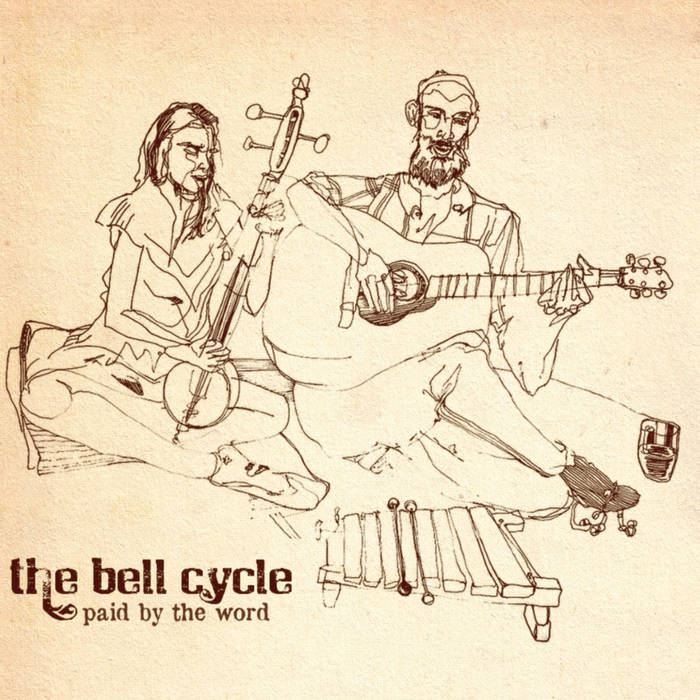 Gratitude
Our heartfelt gratitude goes to Paul Manza and all our friends at Heartland who supported us from start to finish— keeping our minds, bodies, and spirits well fed. Thanks to Emily Holden & Raymond Sicam for lending us your recording gear and technical support which made a home studio possible. Thank you Adeeb Mohiuddin and Donna Chamberlain for generously supporting the production of the album, which hastened it’s arrival and allowed us to bring in the assistance of some of the best folks in music production.

Special thanks…
…to Attiss Ngo at Cable Hill Studio for his creative musical talents, brilliant skills and the time he gave so generously to mixing our album.

…to Krysta Brayer, Artiste Extraordinaire, who so generously shared her creativity, resources and time in giving our album it’s beautiful FACE!

…to Isabel’s guru Smt. Rajyasree Ghosh for sharing her beautiful voice with us. For her endless inspiration and rich knowledge of North Indian Classical Music. Piya Ki Najereya is a traditional hindi song she taught me. www.rajyasree.com

…to Leah Moskowitz, Master Videographer, who shot and edited live performances and interviews for the promotion and fundraising of the album. www.leahmoskiwitz.com

…to Tripp Dudley, Elizabeth Sullivan and Kristin Hoffman who joined us in earlier evolutions of the band.

…to our families and friends whose love and inspiration are vital to our being and to making music.

…to Jack Kerouac, Kali & Bowie, two chickens and a rooster.

…and to the individuals who contributed to our fundraiser that made the production of this album possible. THANK YOU!

Bandcamp Daily  your guide to the world of Bandcamp

Frayle's Gwyn Strang and Sean Bilovecky join the show to talk about their cathartic new album.